The joint US-China announcement of an end to China’s tariffs of up to 25% on ‘advanced’ semiconductor components caught the industry and analysts by surprise this week.

US president Barack Obama and his Chinese counterpart Xi Jinping unveiled the cut among a raft of other forthcoming tariff reductions covered by the WTO-administered Information Technology Agreement (ITA). Further product groups where tariffs are to be eliminated include high-end medical equipment and game consoles (the latter only just coming on sale in China after a long-time ban).

The ITA had been one of the numerous areas of economic contention between the US and China. However, observers believe that – on the specific issue of semiconductors – Beijing has responded to lobbying from some of its biggest local technology players as much as US pressure.

The tariffs were originally intended to foster a Chinese high technology sector. But influential companies within it – notably IT giant Lenovo and communications giant Huawei – have argued that they hampered their ability to compete on cost. Most PCs, laptops, smartphones and tablets made by Lenovo incorporate imported chips, as do both consumer and communications infrastructure hardware made by Huawei. 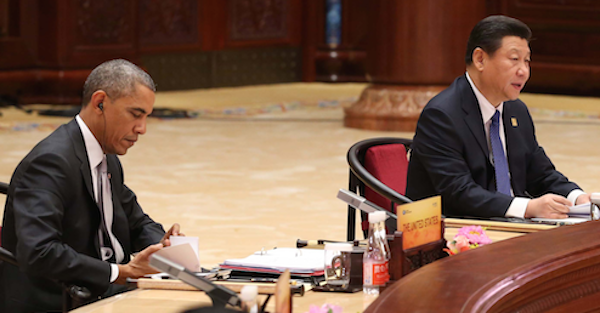 Beijing is said to have sided with its ‘successful’ technology players at the expense of those yet to make the grade. The biggest loser, according to this analysis, is the Chinese pure-play foundry sector which has long lagged behind its sector’s leaders. Its leading member, SMIC, announced a deal with Qualcomm to bring 28nm production to China in July, but foreign rivals are already deploying next-generation finFET technology.

Similarly, Chinese technology executives have noted that the US itself has largely exited semiconductor manufacturing while fostering an innovative but fabless chip design and development sector – that’s where the better margins are. Qualcomm has a quarterly GPM of 58.8%; TSMC’s latest is 50.5% – and that was for a record quarter.

Apart from Intel and companies like Texas Instruments that maintain fabs for more specialized parts, most worldwide foundry capacity is now in the hands of either pure players such as Taiwan-based TSMC and UMC and the Abu Dhabi-owned GlobalFoundries (indeed, Global is to acquire IBM’s US fabs in a deal that will see Big Blue pay the foundry to do so), or South Korea’s Samsung conglomerate.

But perhaps not all of the tariff story is so clear cut. Though, yes, China’s tech titans are smiling.

The White House span the ITA breakthrough as delivering the immediate protection of and an increase in US jobs as well as a potential leap in exports.

“[The agreement will] support up to 60,000 additional U.S. jobs, eliminate tariffs on roughly $1Tr in annual global sales of information and communications technology products of which more than $100B now come from the United States, [and] increase annual global GDP by an estimated $190B,” said its statement.

The long term impact may not be so easily sold however.

In China, Lenovo has been gobbling up market share in sectors beyond its base in PCs. It is the country’s biggest smartphone vendor and its fastest growing player in tablets. It has sought to deliver high-end devices but at aggressive price points against rivals, particularly Apple. According to IDC, its global tablet market share grew y-o-y by 30.6% while Apple’s dropped 12.8% in the last quarter. Lenovo can now compete even harder here.

Meanwhile, Huawei is widely thought to have given US competitors like Cisco Systems a bloody nose on price competition for major infrastructure projects in Eastern Europe and the developing world. Again, it may now feel it has an improved cost base that allows it to compete even harder.

These are just China’s bigger users of imported, high-end components. There are many up-and-coming ones. In smartphones for example, the noisy start-up Xiaomi is poised to emerge as a global brand, prompting some snarky observation’s from Apple’s Sir Jony Ive. Nevertheless, its orders of Qualcomm Snapdragon processors are about to get a lot cheaper.

China’s existing rivals to many established US technology leaders will unquestionably get a boost from the tariff agreement.

But what about start-ups generally… and silicon design?

The 25% semiconductor tariff yoked much of China’s emerging fabless chip design sector to local manufacturing. Its end may be widely seen as breaking that link and opening things up for local innovators to ‘play the market’, adopting the most advanced processes.

That connection was ‘encouraged’ in the past by various forms of subsidy – state, local and government agency. But by locking fabless newbies to single, outdated flows, the model is now seen as having been a mixed blessing. It may have delivered public seed funding, but it was a disincentive to additional venture capital. Private investors could not see enough innovation that could translate into intellectual property (IP) and from that into hard returns.

Breaking the tariff link could therefore release investment as well as encouraging Chinese designers to think bigger – though there are cultural issues that surround the creation of a Chinese VC base as well.

Moreover, there remain some technology transfer and intellectual property issues. One question already being asked is whether China’s willingness to eliminate tariffs not just for semiconductors but across so many high technology products means that it has also secured concessions here from the US in return.

However, for semiconductor manufacturing, the position of the Taiwanese government is arguably more important – Taipei currently blocks TSMC and other local foundries such as UMC from transferring their latest processes to mainland fabs.

In short, the tariff elimination could help spark a new wave of Chinese fabless growth – but not in isolation. The country may still depend largely on its local foundries pushing innovation into production faster.

And so to SMIC

So, has China thrown in the towel on semiconductor manufacturing? Does SMIC specifically face a very uncertain future?

The answer to both questions is probably, ‘No’. But few Chinese foundry managers will have greeted the tariff cut with much enthusiasm.

Let’s look at the local market leader. At first glance, the tariff cut is not a good sign for SMIC as it comes with the company feeling its competitors’ breath on its neck anyway.

Last month, Taiwan’s UMC announced a $1.4B minority investment in a 300mm fab in Xiamen, China. It will be confined to the 55 and 40nm nodes but does have public backing for the overall $6.2B project through the local government.

Meanwhile, Intel said in September that it is investing $1.5B in two start-ups that aim to rival Qualcomm in mobile silicon, Spreadtrum Communications and RDA Microelectronics. The deal was agreed with the central government. Assuming these companies bring products to market, they are expected – as with other recent Intel investments – to use the chip giant’s own fledgling foundry division. Intel already has a Chinese mainland fab in Dalian.

Even SMIC’s deal on 28nm with Qualcomm is potentially ‘problematic’. Along with Google and Apple, Qualcomm has joined the list of US technology companies that Beijing feels have far too much local influence. To that end, the China National Development and Reform Commission is running an anti-trust probe into Qualcomm. Qualcomm, for its part, recently accused “certain licensees” in China of underreporting sales to avoid royalty payments. All rather messy.

However after a few difficult years, SMIC is today reporting very solid numbers. Analysts are looking at the potential impact of the tariff cut on the 40%+ of its business that it currently books in China. But the company just came off its tenth successive profitable quarter, has a 90%+ utilization rate and is moving ahead with some ambitious expansion, including a joint venture superfab with the Beijing government. 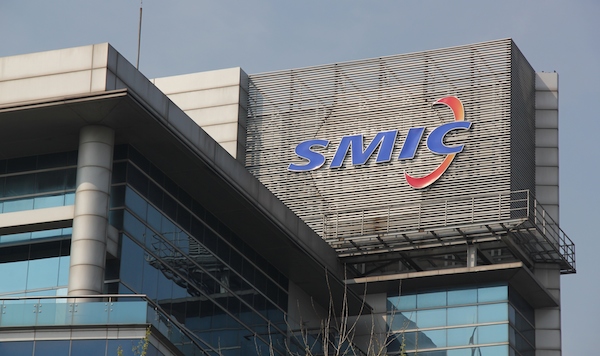 SMIC is building for the future (SMIC)

In many ways, SMIC seems better positioned than some might think for Beijing to cut the apron strings. Perhaps it’s time for the company to aggressively compete on the open market.

A much needed kick up the…?

Privately, a number of senior Chinese semiconductor executives have felt that their industry needed to regain impetus. After all the excitement of Chinese-born Silicon Valley executives coming home to build a new tomorrow, funding has not followed – at least not enough of it. The industry has also felt locked into using lagging processes and technology.

In itself, the tariff cut does not answer all those questions. Indeed, it probably isn’t what many of those executives – particularly those in start ups – would have wanted as Beijing’s first response.

Yet as China dismantles some of the protection it gives local high technology – public subsidy is still likely to play a very important role – it hardly looks like a capitulation, even a concession. The Middle Kingdom has much, arguably more to gain from this than the US.

Of course, there is one important detail still to be resolved, a potential sting in the tail. China has said that the tariffs are to be eliminated, but not yet either when or how. That timetable will start to become clearer next month at the WTO. Should the cuts be introduced only gradually, we may all have to revisit what this surprise really means.