Siemens EDA has launched a pair of power integrity analysis software tools under the mPower brand that aim to deliver electromigration and IR-drop analysis at scale for analog, mixed-signal and digital design.

Tools already exist that scale to match the increasingly complexity and size of the challenge presented by digital circuitry but equivalent analog techniques have lagged far behind, typically requiring imprecise static analysis and discrete SPICE simulations of particular nets. Analog designs can reach market without being fully analyzed.

With mPower, Siemens says it is filling an analog power integrity gap that has become unacceptable as trends in the Internet of Things and AI have driven up both typical analog design content as well as the number of power domains in the latest ICs (Figure 1). 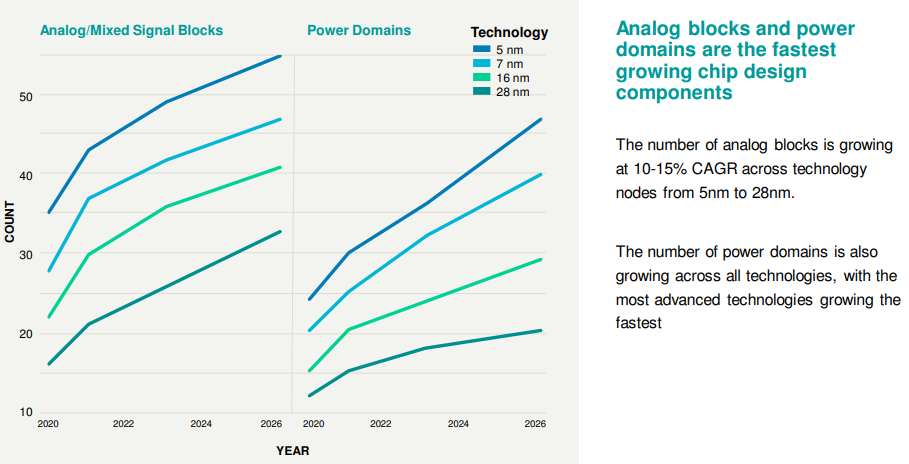 The tools, mPower Analog and mPower Digital, have already undergone pathfinder use at a number of companies, with MaxLinear, OnSemi, Esperanto Technologies and FPGA group Efinix all endorsing this week’s formal launch.

“Before using mPower, we could not do a single-run full chip ERM/IR analysis on our 1,000+ core 64-bit RISC-V AI chip,” said Darren Jones, vice-president for VLSI at Esperanto. “Using mPower enables us to run our 24-billion transistor 7nm chip on our server farm with fewer resources, and with better turn-around time that we previously thought possible.”

Siemens is claiming improvements for mPower users that range from “2X faster [runtime] to actually completing first-pass EM/IR analysis of large analog IP blocks which was previously impossible”. Pathfinder power integrity projects with mPower have exceeded 550 sq mm at advanced nodes, and the tool is released ready for the 5nm node and 2.5D and 3D designs as well as traditional 2D. The company is already working on the 3nm edition.

Siemens is also highlighting ease-of-use for the mPower tools. Previously, companies might have conducted analog power analysis across their IP only once a year, meaning that as much time could be set in tool set-up as the analysis itself. With a standard interface (alongside the use of standard file format), the company says that mPower is both more efficient and easier to integrate within users’ existing design flows.

The main features mPower analog and digital are summarized in Figure 2 and both tools are available immediately. 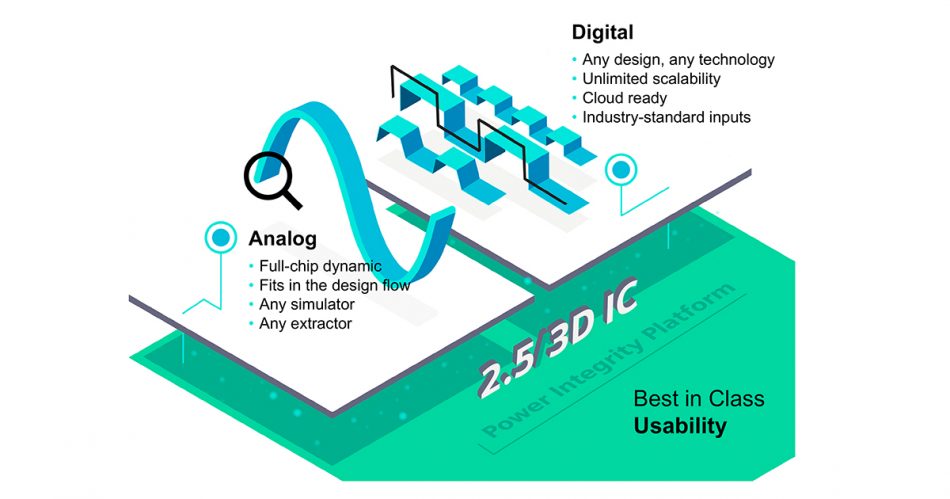