A webinar just posted by Synopsys lays out a strategy for accelerating simulation using native System Verilog transactors to ease the transition from a pure software-based approach to one that uses a combination of software and Synopsys ZeBu-3 hardware emulation.

In the webinar, Parag Goel, a senior CAE in the verification group at Synopsys, lays four approaches to simulation.

Goel goes on to outline the relative performance of these approach, as in figure 2 (below). 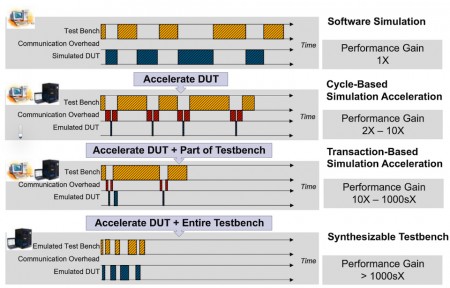 Figure 2 Comparing the performance of the various approaches (Source: Synopsys)

He goes on to lay out the Synopsys ZeBu-3 based approach to transaction-based simulation acceleration. 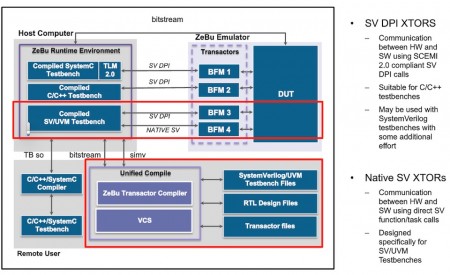 In this approach, the whole flow is governed by a unified compilation approach (see bottom middle), which communicates with, and controls the host computer running the ZeBu runtime environment, which in turn communicates with the ZeBu-3 emulator.

Communications between the host computer and ZeBu-3 are done in two ways:

Using native System Verilog transactors enables the creation of a unified simulation and emulation environment, so that simulation tests can run on the ZeBu-3 emulator without change. This approach also enables greater reuse of System Verilog and UVM-based testbenches and testbench components to build emulation-specific tests. 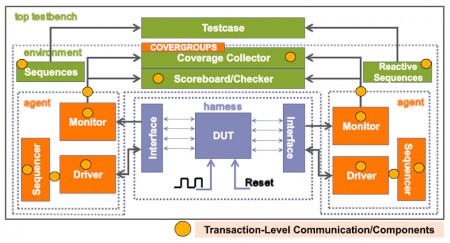 He then walks through an approach to splitting the testbench into two parts: a timed, synthesised part to be run as hardware on the emulator, and the other verification components that need to run in the simulator. 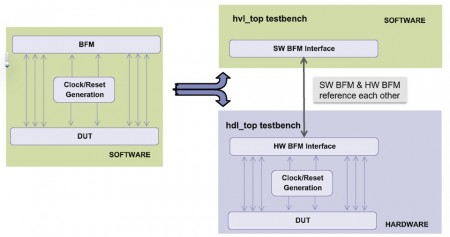 The bus-functional model also needs to be split in a similar way, to separate the transaction-level and signal-level activity.

He also shows why such an approach is worthwhile with this table of example runtimes in simulation and emulation.

For full details, you can access the archived webinar here.