The diplomatic standoff between South Korea and Japan – and its potential to disrupt the global electronics supply chain – took another worrying turn this weekend, when six Seoul politicians made an unannounced visit to a disputed clutch of islands.

Long-standing disagreements between the two countries have been coming to a head for some time, particularly since courts in Seoul issued judgments last year seeking further reparations for the treatment of forced labourers under Japanese colonial rule.

In what have widely been seen as tit-for-tat moves over the course of the Summer, the Japanese government has removed South Korea from its ‘whitelist’ for imports that are fast-tracked through customs and imposed far stricter export controls on the use of a group of chemicals used in memory and display fabrication (photoresist, hydrogen fluoride and fluorinated polymides which have uses that range from etch to adhesion).

Seoul has since extended its current list of active grievances to include a centuries-long dispute with Tokyo over sovereignty of a group of small islands in the Sea of Japan. They are known to the Koreans as Dudko and to the Japanese as Takeshima. Six Seoul politicians landed on the islands this Saturday (August 31), drawing a “stern” response from Tokyo.

The move has been seen as ratcheting up tensions over Japan’s trade measures at a time when there were signs some pragmatism is being applied to their enforcement. Seoul nevertheless plans to remove Japan from its own whitelist this month.

In mid-August, the first export of hydrogen fluoride from Japan to South Korea under Tokyo’s new regime was completed. It is understood that the consignment was processed in six weeks. This is longer than the roughly 30-day period that had previously applied, but shorter than a 90-day process that Japan had threatened to enforce. For comparison, 30 days has typically been the stocks of these materials that Korean fabs have maintained on hand for just-in-time operation.

It is by no means certain that Japan will respond with measures that include pushing out the approvals process further after the weekend’s visit, but semiconductor companies and their customers are concerned over what continuing uncertainty could mean for global supply chains.

At the same time, Japan accounts for more than 70 per cent of global supplies of the chemicals needed to fabricate these and other memory devices. While the Seoul government has unveiled plans to create domestic chemicals suppliers to support its chip industries, local executives acknowledge that it will take several years to acquire the necessary know-how and bring manufacturing capacity on line. 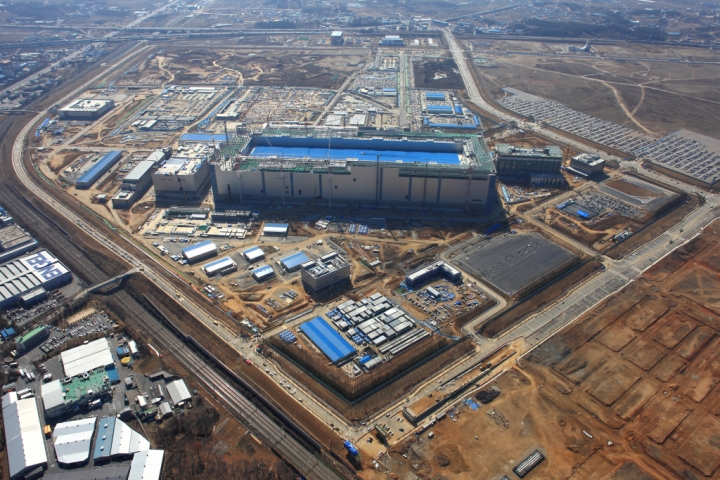 While the current balance between the chemicals and memory manufacturing capacity presents an immediate challenge for South Korea’s main players, concerns are now spreading to manufacturers elsewhere.

Virtually all electronics end-products and systems have some memory content. Some of these might still be serviced by less advanced memory fabs owned by the Korean companies elsewhere in the world (Samsung and SKHynix are expanding their operations in China, for example, at Xi’an and Wuxi respectively), and by competitors such as Micron. But even here, things could soon get very tight.

For products that need the most advanced memories – from flagship smartphones to AI-based HPC systems – things will be more challenging if tensions between Japan and South Korea escalate still further. Samsung and SKHynix produce these domestically.

One other bitter twist for memory customers is that the latest threats of a combined capacity crunch/price hike come as the sector was thought to be emerging from a period of shortages (Samsung owns the world’s largest fab at Pyeongtaek, in South Korea’s Gyeonggi Province, and is targeting operation at a second memory facility on the site for Spring 2020).

Speaking to manufacturing executives in Seoul last week before the politicians’ controversial trip, there was confidence that the situation remained “manageable”.

While domestic supplies and current non-Japanese sources cannot fill any gap for now (though they are being reviewed), the executives said that the new approvals process is “working” and that they were already adjusting to it. They also believe that Tokyo will be restrained by the risk that the knock-on effect of global electronics manufacturers could anger its other major trading partners internationally, and have much wider diplomatic consequences.

Nevertheless, there was also an acknowledgment that, unlike the parallel Sino-US trade war, the tensions between South Korea and Japan are not as “transactional” but more concerned with long-standing societal concerns about “justice” and national integrity. As such, now that they have once more arisen, they could take longer to fix.