German industrial conglomerate Siemens has agreed a deal to buy EDA vendor Mentor Graphics for $4.5B.

The deal will see Siemens integrate Mentor’s tools for wire harness and PCB through to silicon manufacture and test with its own industrial automation offerings.

Broader integration of manufacturing and design software has been on the cards as the world has moved toward ever more complex systems of systems. The acquisition will also give Siemens the chance to widen its offer for important markets such as automotive and the Internet of Things.

German companies have been particularly active in integrating the digital production flow as part of a government-sponsored initiative, Industrie 4.0. Within this, Siemens groups its own efforts under the Vision 2020 banner.

“Siemens is acquiring Mentor as part of its Vision 2020 concept to be the benchmark for the new industrial age. It’s a perfect portfolio fit to further expand our digital leadership and set the pace in the industry,” said Joe Kaeser, President and CEO of Siemens.

Siemens is offering $37.25 a share for Mentor, a 21% premium against the company’s closing price as of November 11, valuing the equity at around $4B – the further $500,00 in the deal is the assumption of debt. The shares advanced to $38.60 during trading after the announcement on Monday (November 14).

Market reaction has been that Siemens is paying a ‘fair-to-high’ price. Nevertheless seven years ago, rival vendor Cadence Design Systems launched a hostile bid for Mentor that ultimately reached only $1.6B before being withdrawn. A subsequent but similarly rebuffed move by activist investor Carl Icahn in 2011 implied a $1.91B valuation. 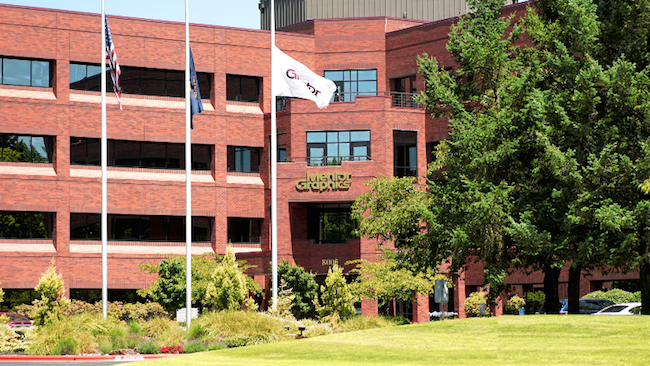 Siemens plans to integrate Mentor within its Product Lifecycle Management division. A major attraction for this deal has undoubtedly been that it pretty much guarantees a future for all of Mentor’s existing tool offerings. Several would have been discontinued under a merger with Cadence, and Icahn was also thought likely to break up the company.

The deal will undoubtedly raise questions over the possible future ownership of the other two big EDA vendors, Cadence and Synopsys. The EDA sector has been going through a wave of ‘internal’ consolidation during the last three years. Siemens move inevitably raises the prospect of more of EDA’s bigger players being acquired by industrial giants, as they look to offer one-stop shops for system of systems customers.

PLM market leader Dassault Systemes has had an extended position in EDA since its 2006 acquisition of MatrixOne (including Synchronicity), but has tended to focus on the interface between the industrial and EDA worlds since then. Other key PLM companies include Autodesk, PTC, SAP and Oracle.