The last quarter of 2018 saw some important developments in silicon photonics. In October, Mentor released LightSuite Photonic Compiler, an automated layout tool that includes DFM checks based on its market-leading Calibre suite.

Then, just before Christmas, Cisco took a deeper dive into the emerging market by announcing a $660M deal to acquire Luxtera, a specialist in CMOS-based photonics transceivers. It will join companies such as Intel, STMicroelectronics and HP Enterprise as a big hitter in the space.

According to NKWood Research, photonics is set for 17.7% CAGR between now and 2027. Yole Developpement forecasts a $4B photonics transceiver market by 2025.

Long a Cinderella technology waiting on its invitation, this growth coincides with a first generation of commercial CMOS photonics devices and systems being available in volume.

“Historically, networking – mostly box-to-box – has driven development in the silicon photonics segment and that is now pretty much in production,” says John Ferguson, product marketing director at Mentor, a Siemens Business, “That’s the kind of stuff where Luxtera and others have led. And you can see how that interested Cisco.”

In similar vein, other companies looking closely at photonics for networking include the big systems players, such as the FAANGs. They are looking to eke out more performance at lower power from their compute farms and promote technologies that increase bandwidth for consumers. Photonics is an attractive option on both counts. 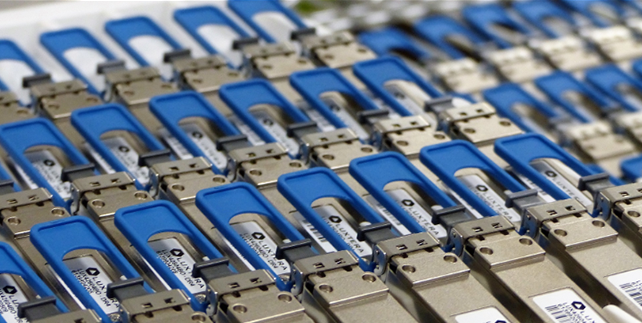 But to justify the forecasts, photonics must go beyond networking.

“When we shake the tree, some of the people who fall out are people we’ve never really talked to in the past,” says Ferguson.

He adds that these include companies targeting the automotive market: “There’s been a definite uptick in interest in the self-driving vehicle market from companies that want to implement LIDAR [laser-based surveying] for collision avoidance. There are companies there who are now in design. Then, there’s interest – though not yet as advanced in design – around in-car networking. That’s an application we’d hope to see move into to design towards the year-end.

“Going beyond automotive, though still more in the research stage, we’ve talked to companies in general sensors that are looking to combine photonics and MEMS. Again it’ll be exciting to see that also move into the design stage later this year.”

Ferguson acknowledges however that silicon photonics is a market that needs more infrastructure and more education. LightSuite was an important step in that direction.

“Since the launch, we’ve had a number of eval[uation]s and we’ve got good traction from the foundries,” Ferguson says. “For a new product introduction to a developing market, the response has been as good as we expected. When we talk to companies about it, their eyes light up because it works and it’s got that Calibre foundation.

“But it’s still early. What photonics needs to keep doing is fill out the entire flow.”

A fundamental technical challenge – and largely why the Calibre DFM factor in Mentor’s LightSuite matters – is that that photonics is about pushing around light rather than electrons. That means the designs have a lot of curvilinear shapes rather than traditional Manhattan routing: The layouts look weird. As a result, manufacturability concerns, especially for CMOS, have discouraged potential players until recently. 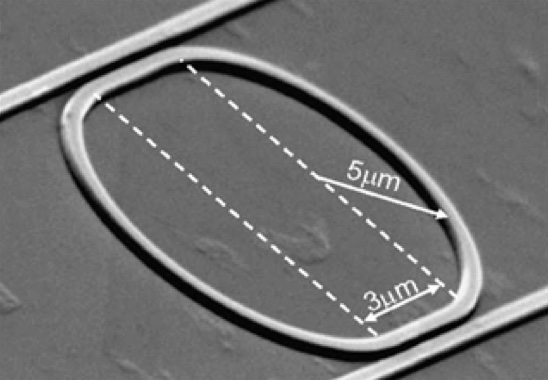 Photonics design challenges include the need for curvilinear shapes (IMEC)

The elements for a comprehensive and largely automated flow are now firming up. Specialist foundry capacity is already available through research centers like CEA-Leti and mid-size players like TowerJazz. Over the course of 2019, one hope is that they will be joined by even bigger chipmakers.

“Photonics is an area that the large foundries are now looking at,” says Ferguson, “though they’re not going public yet. Partly, it’s because they’ve needed to work with people like us and other photonics specialists before being able to deliver the technology in a PDK [process design kit]. They don’t necessarily have the complete in-house knowledge to do that today, because there’s been no reason why they should have. They ‘ve had to partner and they’ve been doing that. It will happen but I can’t say for them when that will be other than ‘Soon.’”

Education may be the trickier issue today.

“What will really make the change for photonics is when you see applications getting a lot of traction in end-markets. People will go, ‘Wait. Why aren’t we doing this?’” says Ferguson.

“Right now, we can reach out to people who know about the technology but it’s much harder to reach those who don’t. The main photonics conferences are still about ‘How do you make the best individual component or a DWM?’ or ‘How’s the thermal tuning?’ They are not so much about, ‘How do I turn this into a system?’ And, at a DAC or a DATE, while plenty of people turn up to sessions, many are still at the watching-brief stage rather than research or design.

“Most of all, though, filling out more of the flow and seeing some success stories happen will make it easier to grab people’s attention.”

Ferguson thinks things are going in the right direction: “We’ve gone past the point where people were generally tentative. There has long been a lot of interesting stuff and smart people in the space, but the question has been, ‘When will this turn into hard product?’