News that SEMI, manufacturing’s leading industry organization, is to absorb the Electronic System Design Alliance (ESDA) – formerly the EDA Consortium – could lead to major changes for the Design Automation Conference (DAC) and how EDA and IP promote themselves worldwide.

As a Strategic Association Partner within SEMI, ESDA will be able to consider collocating events or adding a design-tool strand to its new parent’s SEMICON conference and exhibition series. These are already among the bigger events for semiconductor communities across Asia.

In particular, SEMICON China – held each March in Shanghai – is the Middle Kingdom’s largest silicon gathering. It draws more than 70,000 visitors and has 74,000 square metres of exhibition space. SEMICON China takes place alongside the country’s main technical semiconductor conference, CSTIC. 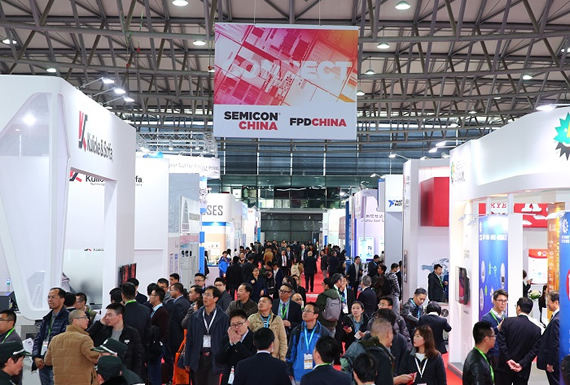 Meanwhile with China as the leader in design starts, even more targeted events, such as this week’s DVCon China organized by Accellera and also in Shanghai, are achieving full houses for many sessions and looking to expand. They demonstrate the hunger for knowledge and training in the Middle Kingdom.

On this score also, ESDA will potentially be able to draw upon SEMI’s global marketing and organizational teams to develop standalone conferences for key emerging markets (SEMI already has regional events dedicated to MEMS and sensors, for example).

Bob Smith, ESDA’s executive director, and Bettina Weiss, SEMI’s vice president of business development and product development, said that greater integration of EDA and IP within the SEMICON series and other events represent a major part of their discussions. However any results are more likely to be seen in the medium term.

“Certainly in 2018, it would be difficult [to see a ramp in EDA presence at SEMICON] given how long these events take to organize,” Weiss told Tech Design Forum. “But there is an intent to get there. So, 2018 and 2019 probably represent an introductory round of discussions, an assessment of what we want to achieve.”

Apart from SEMICON China, that series has included or will include 2018 stops in Korea (Jan/Feb), Malaysia (May), San Francisco (July), Taiwan (September), Germany (November) and Japan (December).

Smith said that, with specific reference to DAC, SEMI and ESDA were “very aware” of the needs of its cornerstone technical conference.

“We more strongly represent the exhibitors – the people doing the commercial work – and so we will look at any way to make DAC more vibrant in that respect,” he said. “But we and SEMI believe that DAC is an important show because you have one of the premier technical conferences tied to the exhibition. The main goal is to get DAC on the upswing again generally.”

He added that with regard to strengthening the EDA and IP presence at SEMI events globally, there would need to be some caution.

“Our members have said they don’t want to be overwhelmed with events and, today, quite a few have their own dedicated regional conferences. So we need to recognize,” Smith said.

A closer SEMI-ESDA link-up has long been mooted, but especially as the move beyond classical scaling has introduced technologies ranging from strain to, more recently, multi-patterning and EUV, and these have pushed manufacturing concerns further up the design flow.

There is now also the tight integration demanded by smart-manufacturing initiatives such as Industry 4.0 (originated in Germany but also being closely adopted by China).

Smith said discussions to bring ESDA within SEMI began in earnest about a year ago and reflect SEMI’s decision to broaden its remit beyond manufacturing equipment to stretch across the product development and delivery flow.

He also acknowledged that, for its part, ESDA has struggled to spread its influence beyond Silicon Valley to support non-US tool and IP vendors and reach overseas users. “By contrast,” he said, “SEMI has an excellent global footprint.”

“There, car manufacturers have already shown that they are excited to be able to talk to the design folks as a community,” she said. “This [alliance] makes it easier for us to bring all those communities together.”

The agreement means that ESDA will become a unit within SEMI and all its members will receive SEMI membership. At the same time, ESDA will retain much of its independence.

“Picture the alliance with ESDA as a room in the SEMI house that has its own door which it can keep open or closed,” Weiss said. “It’s all about our ability to make the best of both worlds.”