Mentor Graphics has produced a webinar to help users of its Tanner analog, mixed-signal, MEMS and RF design platform exploit its recent integration with the Eldo RF verification suite.

The webinar, A New, More Powerful Analog/Mixed Signal ICs, RF and MEMS Design Flow, is available immediately. It follows on from the Tanner-Eldo integration first announced in October.

The integration specifically extends the Tanner platform’s verification features for wireless applications in the connected sensor and IoT markets.

What Eldo RF brings to Tanner

The combination of Tanner and Eldo RF adds a number of analysis modes. These are discussed further in the webinar and include:

New use features for the Tanner-Eldo RF integration include capabilities to: 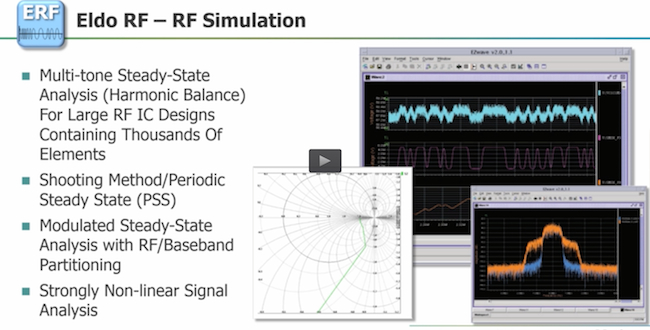 Tanner flows are used by more than 25,000 engineers worldwide for AMS and MEMS design.