This is the second in a multi-part article considering themes that emerged touring the halls, meeting the companies and listening to keynoters at Computex 2015. Here, we look at the emergence of a new type of client for electronics design. You can read Part One here.

Computex 2015 highlighted the growing influence of two new entrants to the global electronics design market. Both get dropped into that bucket marked ‘The Internet of Things’. And they do share some important similarities.

But they are also very different, particularly in terms of their size.

As we seek to understand how the IoT (or at least some its subsections) could become genuinely profitable, the second part of the Computex wrap looks at these new users, how the industry has begun to address their needs and how far it has got.

Ian Drew, chief marketing officer of ARM, drily observed during one Computex session that, “I spend most of my time talking to toy manufacturers and building contractors now.”

That is some shift for an executive who’s most comfortable explaining the nuances of processor cores, instruction set architectures and 64 vs 32bit processing. The comment highlights one of these emerging groups looking not simply to harness IT but incorporate electronics within more of its products: major consumer and business brands.

The smartwatch is the highest profile example. Apple Watch’s competition comes both from traditional rivals such as Samsung and LG, and now also lifestyle companies and new entrants such as Tag-Heuer and Fossil (those last two both partnered with Intel).

And this isn’t just about fashion. As we saw in Part One, Intel’s main IoT announcements at Computex were four partnerships with leading Taiwanese industrial companies.

These big new players come both from the shopping mall and the central business district. 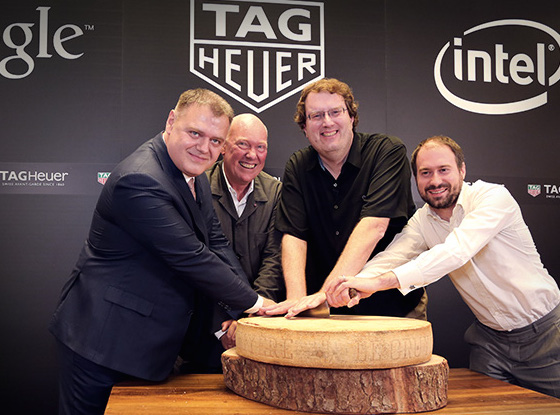 But Drew had another, contrasting message for the Computex audience. As the IoT market develops, he said, more than 50% of revenues will be generated by companies that are less than three-years old.

Today, many of these start-ups are minnows. China is the IoT’s engine room. Its government has claimed that almost 50 new companies are being launched every day in just Beijing’s Silicon Valley, Zhongguancun. Typical staffing is just three people at launch.

These companies usually target highly focused segments within the industrial, healthcare and automotive as well as consumer markets. As their size suggests, they need cheap platforms. An apps processor or MCU bundled with the sensors it needs and just enough memory and programmable logic.

Beyond that, their initial engineering resources may literally be ‘one guy’, the other team members having backgrounds in the putative end-market. It is often the case that the company comprises a couple of MDs and an EE huddled in the corner of an incubator’s offices.

And not just in Bejing. The same goes worldwide.

These look like two very different worlds, but the point about IoT start-ups often having little internal engineering expertise can equally apply to the IoT teams being formed by major enterprises.

Development there often starts with an existing ‘dumb’ product or service and the company looks to add ‘intelligence’ through a largely established prototyping flow.

Drew had the soundbite here also when he defined the basic common requirement for serving both sectors: “We have to make it easy for people who are not computer-literate to design products.”

Various segments of the electronics industry have begun to address that challenge but it still can look like what is happening today is only slowly moving beyond market research. The need to climb a learning curve is sometimes explicitly cited.

In the PCB tools market, innovation is being driven from both the top-down (the usual case) and the middle-out. Even in some cases from the bottom-up. That has happened specifically at Altium, where the company is currently running a maker-driven beta of its entry level CircuitMaker suite.

The best example at Computex was Taiwan’s MediaTek, a leading ARM licensee. It has grown at a prodigious rate in the last few years, and is now reckoned to be the world’s fourth largest IC designer.

It is better known for its phone and tablet processors. But at Computex it launched silicon for smart home systems and a LinkIt platform for both wearables and the IoT. LinkIt will grow further later this year with the formal unveiling of a broader MediaTekLabs developer community.

“We are enabling an ecosystem of device makers, application developers and service providers to create innovations and new solutions for the super-mid market,” said J.C. Hsu, General Manager of New Business Development

All of this adds increments on top of another MediaTek concept, “the Everyday Genius”, one it has even extended into, like Altium, the maker community. Bit by bit the company is researching and defining a new type of customer.

Taking cues from less initially sophisticated users to define products and tools for all sizes of IoT player might work. Address things as much on the basis of perceived competence as size.

But once you make that choice and gradually explore new users, you still need simultaneously to find a way to make money off these people. It’s easy enough to fill their shopping lists, less so to ensure some profit.

As we will see in Part Three, you can provide these new customers with an entry point but the volumes they may offer in return – particularly relative to the customization they require and the margins available in the markets they aim to serve – still push a lot of the burden back on the silicon or system supplier.