This is the first in a multi-part article considering themes that emerged touring the halls, meeting the companies and listening to keynoters at Computex 2015. We start by showing and asking why the Internet of Things concept might be more of a hindrance to our business than a help.

“Nobody knows anything”, said the writer William Goldman. The man who created The Princess Bride was talking about the film industry. But right now you could say much the same about how our business actually views The Internet of Things.

After two technology giants made their ‘big’ IoT announcements at Computex in Taipei, you came away feeling that they were incremental, clever additions to existing business segments, or, as one acknowledged, simply ‘pilots’. Problem is, we want more.

Microsoft was probably wary of overshadowing announcements around Windows 10 (shipping July 29, since you ask). But its two main IoT reveals still felt tentative.

First up, Microsoft. Its most eye-catching IoT partnership was with Toshiba. The two are collaborating on products that leverage the Japanese company’s hardware alongside Redmond’s Windows OS and Azure cloud-computing platform. That’s a couple of titans getting together – but the first fruits are very familiar.

They are basically an extended version of existing logistics systems. A video recorder will monitor driver and vehicle behavior. A ruggedized 12-sensor unit will meanwhile track shipping and delivery.

Those are things that the big courier firms have been working toward for quite some time. FedEx and UPS are generally reckoned to be two of the world’s sharpest IT users. And in terms of this being an established sector, goth pioneers Bauhaus released their hymn to the tachograph monitor, ‘Spy in the Cab’, back in 1980.

Microsoft also discussed the use of Azure and Windows Embedded in Crestron’s Pyng home automation system. But again, a seasoned observer simply recalled a decade worth of CESs and perhaps noted that the Linux-based, Google-owned Next turns five this year. Pyng looks very useful but it still left you wondering, “What took you so long?”

I’ll say it again, Intel did acknowledge that a lot of its IoT work is at the pathfinder stage. There was some important news though.

The company is extending its IoT Gateway edge-to-cloud product line. These useful reference blocks for creating IoT applications have been extended to include Core processors and Canonical’s Snappy Ubuntu Core as well as OSes from Intel’s own Wind River subsidiary and Microsoft.

Importantly, Intel’s Kirk Skaugen, senior vice president, said the Gateways had also been reworked to make them easier to use and reduce the cost of ownership. Meeting the demands of an IoT developer community often made up of small teams on limited budgets and with highly targeted end applications was a recurring theme among Computex’s smarter exhibitors (and one we’ll address in more detail later in the series). 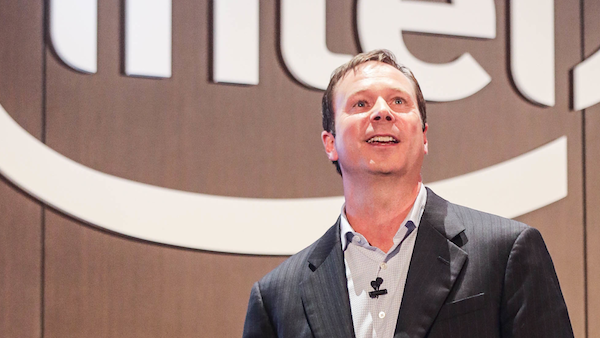 In terms of specific projects, Intel does not seem to mind too much if you describe it as still taking some baby steps. Indeed on the Computex show floor, Acer had – I, erm, s**t thee not – an IoT diaper based on Intel’s Edison development platform.

So far again so familiar – and so predictable in terms of how heavy industry has been looking to get more out of electronics for quite a while.

Being fair to Microsoft and Intel, while Computex made the IoT an overarching theme, no-one had a product that provoked an ‘Aha!’ moment. Those two simply gave their announcements the highest profiles. That gets you picked on by people like me.

So let’s be clear. Both companies could ultimately profit greatly from these and other efforts. These are not products or services that you would describe as redundant or unnecessary. They simply harness trends in well-established sectors in much the way they were always likely to go (well, maybe not diapers).

That is one of the problems with the Internet of Things as a concept. All too often it feels like a nebulous rebranding rather than a new market or trend. For a good few years now, we’ve gone to a Computex (or CES) looking for something that would help define it more concretely, but in vain. You can’t really get a handle on it.

(And I know that’s not an entirely new idea. Rather my point is that those of us who have long been skeptical of the term have been repeatedly told that it would coalesce. I think we’ve waited long enough now to say, “It hasn’t.”)

Also, the industry may be suffering a bit of a hangover after most of this century has been dominated by consumer electronics-driven innovation. Our efforts were promoted by ‘shiny, shiny’ iPhones and awesome Androidness. When much of a market – wearables, aside – is about hidden or industrial applications, it’s a lot harder to go in front of a huge audience and shill like Steve.

So maybe the term itself isn’t actually helping us market our products but instead provoking muted responses to what is still often very admirable innovation.

If we take that as a starting point to dig a little deeper into how the IoT should still influence our designs, things are happening. Those issues will take center stage in the next two parts of this daily series, but a couple can be summarized fairly bluntly now.

One Response to COMPUTEX 2015: Wrap 1 – Is ‘The Internet of Things’ that helpful an idea?