CMOS-based electronics will remain vital for a century or more, according to Dr Chenming Hu, widely regarded as the father of the finFET transistor architecture to which the semiconductor industry is currently transitioning.

“I would not be surprised if CMOS, interpreted in a general way, will last through the century, maybe longer,” he told this year’s Design Automation Conference, in Austin, Texas.

Hu argued that the basic building block of integrated circuits would remain a three-terminal device, with a gate and an MOS structure. 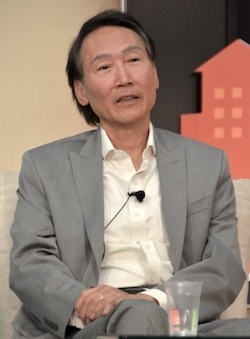 “But we have to be open-minded about CMOS,” he said. The basic switching mechanism might change, for example to tunnelling, and the devices are likely to use different materials to those used today. The device architecture is also likely to evolve.

Hu pointed out that the three-dimensional nature of the finFET is an ‘accident’, a byproduct of the need to stop leakage in short-channel devices through the uncontrolled silicon under the transistor channel by making the silicon body extremely thin. Under a DARPA contract, Hu and his team proposed two ways of doing this: using finFETs; and with an ultrathin body SOI approach that has come to be known as FDSOI.

The reason that the finFET has won out, Hu argues, is because it is hard to make extremely thin layers of buried oxide, and even if you make those layers in an FDSOI device vanishingly thin, the gate is still unable to turn the transistor completely Off.

“The only way to make the leakage problem manageable is not to allow any silicon to exist more than a few nanometers from the gate.” Hu said. “So the finFET is really a way to make a 2D film more easily than FDSOI.”

It’s the investment that manufacturers and tool providers are making to enable the use of finFETs that makes Hu think that finFET will win out: “Talking is easy, making decisions about spending  money is hard. I have tremendous respect for the decision-making capability of people spending money.”

Asked whether there was any way in which the expected shift to finFET-based processes could be derailed, for example by a resurgence in interest in FDSOI, HU  said: “It’s too late for [finFET] not to happen with massive proliferation. The question is, how many nodes will it last and what happens at 7nm?

“I don’t think that 2025 will be powered by something completely different from what we are seeing now. It is an evolutionary change that will get us there.

“This is tremendous news for us and the world because if the world has to rely on something taking over from what we are doing now the world is not going to be happy.”

Asked to predict what device structure might follow on from the finFET, Hu argued that the decision would  be made on the same principle as is driving the ascendancy of finFETs: “It’s whatever’s the cheapest way of producing a thin body.”

Hu has already published ideas for a nanowire transistor and is also exploring the idea of a tunneling transistor.

“Looking around at the ideas that have been kicked around among the leading researchers, I don’t see a better idea kicking around,” he added.