This is the third in a series of weekly articles looking at challenges facing Chinese system design in the run up to March’s Semicon China conference and exhibition. You can read Part One and Part Two at these links.

Tensions around Chinese ambitions in artificial intelligence (AI) reflect both global nervousness the sector’s importance (economically, politically and militarily) and specific national concerns that AI research and development is deviating from a template has served Made in China 2025 well.

That R&D template is illustrated by China’s 5G program that runs in parallel to that for AI. At its heart are three basic and reusable components:

Let’s look at each in more detail to see why they particularly appeal to Beijing’s policymakers.

Wireless communications has many attractions as a leapfrog technology.

The infrastructure is cheaper than for wired communications – ‘cutting the cord’ has already allowed China to start delivering 4G mobile broadband to remote rural areas cost effectively. Barriers to entry and competition are high but also more scalable.

The market is still evolving – 5G will not just deliver a 10X increase in speed but also enable multiple variants on machine-to-machine communication. China has huge ambitions in these areas, particularly around smart cities, e-health, autonomous driving and other private and public sector applications within the Internet of Things.

The evolution will require a raft of new 5G standards. Existing players will still have some incumbent advantages, but there are also opportunities for new entrants to define and thereby control parts of the market, as well as develop new applications.

Unlike many other countries that look to leapfrog technologies, China has the resources and know-how to compete on all these levels.

According to the Eurasia Group, China (mostly Huawei and LTE) controlled only 7% of the SEPs for 4G. It was a standards-taker rather than a standards-giver. By contrast, Chinese companies had about 10% of the patents on 5G standards as of 2017 but importantly Eurasia added that, “This may rise substantially, likely to about 40%, once patents have been granted and SEPs are fully clarified.”

The current standard-setting process is focused on the enhanced mobile broadband (eMBB) portion of 5G that builds upon the existing 4G/LTE infrastructure. It is largely about improving the consumer experience. Standards-setting will then move on to two further aspects of 5G – Ultra-Reliable Low-latency Communication (uRLLC) of the type needed for, say, autonomous vehicles and Massive Machine-to-Machine Communication (mMTC) addressing the balance between cloud and edge capabilities for the IoT.

China increased interests in those two later stages (and, again, their greater inherent ‘leapfrog’ attractions) help explain why the SEP leap from 10% to nearer 40% is very possible – and certainly an objective. In real terms, Huawei had made 234 SEP submissions toward standards in progress at The Third Generation Partnership Project (3GPP) by early 2017, ahead of 214 from its closest rival Ericsson.

China has also been working hard politically to secure chair and deputy chair roles on important committees at both the 3GPP and the International Telecommunications Union (ITU), the bodies that will ultimately adopt SEPs within and manage 5G standards. Houlin Zhao began his second term as secretary-general of the ITU on January 1; he is the first Chinese national elected to the post. Richard Li, Huawei’s chief scientist, chairs the ITU’s recently established Focus Group on Technologies for Network 2030.

The continuing controversy around Huawei’s role the global roll-out of 5G is partly about security, but there are also economic fears about Chinese companies taking a larger share of the mobile infrastructure market.

Huawei moved into lead position in 2017, according to IHS Markit’s market tracker, with 28% ahead of Ericsson at 27% and Nokia at 23%. China’s other big infrastructure player, ZTE, had around 13%.

Despite the loud wailings of the Trump administration in the US, and the bans imposed on Huawei’s position in 5G by Australia and New Zealand, others are more phlegmatic. The UK has played down security concerns, and leading operator Vodafone has said that any ban would be disproportionate and delay the 5G rollout. Operators in Germany have said much the same. 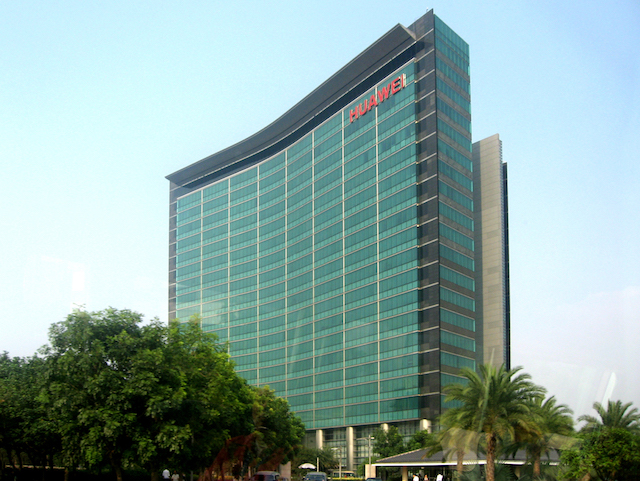 Huawei is spending more than $15B a year on 5G research.

In parallel, there are concerns that China is using 5G to advance its reach via the One Belt One Road initiative, subsidizing mobile infrastructure supplied by Huawei for poorer states as part of a package aimed at giving the country greater global influence. And there may be something in that.

But focusing on China’s supply chain strategy from a chiefly global point of view misses a great deal.

The desire to achieve dominance has its origins in national concerns rather than international ambitions. China is looking to become increasingly self-sufficient in technologies. It has long felt uncomfortable about depending on foreign suppliers: Qualcomm and Google have both historically had difficult relationships with Beijing.

China expects to generate more 5G-fueling data than anyone else and because the government believes that the standard will enable a wide range of public sector applications. As a result, the country has its own national security and economic strategy reasons for seeking to eliminate as many foreign players from the supply chain as possible.

This strategy appears to be working for China in 5G despite controversy, previously involving ZTE and now Huawei.

So, it is not suprising that the government is looking to encourage a simple type of development in AI and other IoT-related technologies.

However, as Part Four will demonstrate, there may not be that easy to achieve.

AI is a far broader market than 5G in terms of component applications (and, one could indeed argue that 5G itself is one of those components). Bringing together – where appropriate – combinations of local infrastructure vendor and telecoms operators has proved a lot easier than organizing the more disparate range of companies looking at AI and the IoT.

Similarly, the research-to-reward path for 5G has arguably been clearer than that players in other markets are trying to follow. Huawei and ZTE were already infrastructure providers, albeit tier two rather than tier one players, before the 5G push began. Considering – and comparing that with –  how the Chinese government has asked other technology giants to prioritize their activities for the AI drive, you would not say that Baidu has historically been a key player in the automotive market or that Tencent is well know for its healthcare operations.

Then, there is the question of silicon. Huawei through its Hisilicon subsidiary is a major client of the Taiwanese foundries, who give it access to their most advanced processes. It is realizing innovative 5G and mobile AI SoCs through those. The MIC25 AI push though wants to see Chinese manufacturing to play a major role at every level. There are some opportunities for that, but they are very limited when it comes to the production of cutting edge silicon – for the time being, at least.