At the heart of the model is the ability to partition and protect different memory regions for in-the-field upgrades and debug, and take advantage of a flexibility and security more typically associated with a higher-end RTOS and, indeed, more complex devices.

Andrew Caples, senior product manager for Nucleus, described four possible use cases, but there could be plenty more. The important thing is that all can be achieved at comparatively low cost.

Match the RTOS to the silicon

“The important thing is that an opportunity has opened up in the middle of the market,” said Caples. “If you look at MCUs based around, say, the [ARM] Cortex M4 or A8 or A9, they now have enough capability to run high-end features in devices constrained by cost or resources.

“With our model, as another example, you can even strip in and out those functions and only those functions that you need according to the particular task in hand based on the resources you have. You can change the personality of the device, without the risk that subsystems will interfere with one another as you do.” 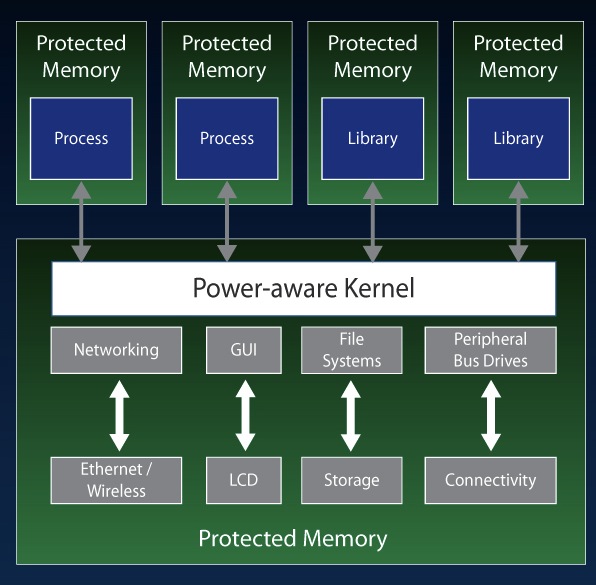 Certainly, Nucleus’ is positioned in the market as a lower cost RTOS with a small footprint, and the Process Module matches that profile.

The Nucleus release features a number of further new features, such as hot spot analysis and enhancements to its software trace for middleware. Read more about the RTOS here.