Slovenian startup Red Pitaya has added a front-end module and firmware to its Raspberry Pi-like StemLab board that turns the FPGA-based device into a vector network analyzer (VNA). The move is part of a trend in development that sees traditional test instrumentation merge with prototyping platforms.

Although black-box instruments that attach to a host computer through a serial port or USB appeared in the 1990s, National Instruments went further by embracing the FPGA as a way of programming custom tests into instrumentation boards that could be more responsive than those based on the old GPIB control protocol for rack-and-stack instruments. LabView provided the means to configure the FPGA to create test firmware that could offer the fine-grained resolution needed for synchronized tests.

One of NI’s early customers for the PXI-based Vector Signal Transceiver, launched at NI Week in 2012, was Qualcomm-Atheros. Although the core board was about a third of the price of equivalent benchtop instruments, the main advantage of the VST lay in real-time control. The customer used the FPGA built into the board to automate the collection of thousands of parameters in overnight runs to evaluate the system-level performance of a prototype IEEE 802.11ac WiFi transceiver design. The FPGA control made it possible to perform tests 200 times faster than was possible with more traditional rack-and-stack hardware and interfaces. 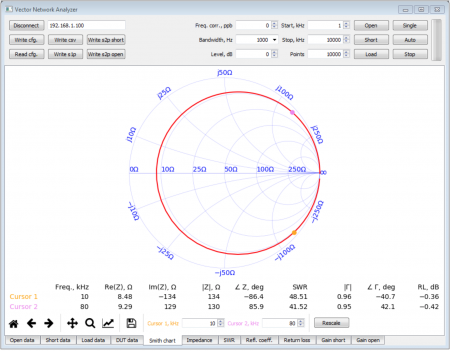 Red Pitaya came from a similar recognition of the FPGA as a host for test firmware. The Slovenian company began with a Kickstarter campaign almost five years ago when its founders found, while working for a manufacturer of instruments for particle accelerators, trying to get hold of traditional oscilloscopes and spectrum analyzers for individual prototyping projects was proving too troublesome and that they were often overspecified for the task. “We thought why not bring something to the market?” said Rok Mesar, CEO of Red Pitaya. “Automated test is the way everything is going.”

Although it lacks the ability to download LabView programs into the FPGA – LabView remains tied to NI’s own PXI boards and CompactRIO modules – Red Pitaya’s €200 StemLab provides a similar Xilinx Zynq FPGA to run both a Linux operating system and provide logic for low-level real-time test functions.

Mesar said users typically use the Xilinx Vivado tools to port the real-time components of test programs over to the Zynq FPGA inside StemLab. However, other tools such as Matlab’s HDL Coder generator can also provide the basis for programmable-hardware functions. Another increasingly popular option, Mesar said, is the Gnu Radio toolkit for software-defined radio development, which can host FPGA-based accelerator blocks.

The StemLab module adds to the Zynq FPGA a pair of A/D converters operating at 125Msample/s with 14bit resolution and a pair of D/A converters. “And there are additional inputs and outputs available from an extension connector,” Mesar added.

Typically, data is streamed to a host computer over the built-in Ethernet port or one of the USB ports. An additional USB Type-A host port provides the ability to add peripherals such as WiFi dongles. Firmware is typically provided using memory inserted into the SD card slot. The user interface to the StemLab software is generally provided through a built-in webserver though user programs have the option to stream data directly to a host.

One way in which the company is trying to build support for the module is through an application marketplace. Firmware for the VNA is one of the items that appears on the marketplace along with software-defined radio and process-control modules. The VNA product adds a front-end module that connects to the A/D ports of the core StemLab board.

So far, the company has sold 75,000 boards, Mesar said, to a community of around 10,000 users, which range from educational establishments to OEMs building the modules into end equipment. “Twenty per cent of the boards go into OEM products,” Mesar claimed.