Siemens’ $4.5B acquisition of Mentor Graphics closed on March 30 and brings a powerful, deep-pocketed player into the EDA market.

For Wally Rhines, Mentor’s Chairman and CEO, the deal is a vindication. In the last few years, he and his board have seen off a hostile bid from rival vendor Cadence Design Systems and some unwelcome and critical attention from Wall Street’s most famous ‘active investor’, Carl Icahn. By contrast, the Siemens offer was, Rhines says, a perfect fit with Mentor’s strategy.

“First, this [deal] is all focused on revenue synergy, rather than most mergers that are focused on cost synergy,” he says. “The idea is that if you invest more, you can grow more.

“Siemens made clear in their original announcement that we should spend more on R&D, and it’s true. Of the big three EDA companies we were spending about 30% [of revenues] while Synopsys and Cadence were closer to 35%. I think Cadence even went to 37% last year.”

Rhines says that until now, Mentor’s lower R&D spend reflected an approach based less on soup-to-nuts design flows and more on being “best-in-class in a number of things we target”. The company has also spent a great proportion on its non-EDA R&D activities as measured by the sales of its various divisions themselves.

“Siemens position is that if we spend more on R&D, four years from now our run-rate will be €100M ($110M) greater than if we didn’t increase the spend,” Rhines adds.

There are various reasons behind Siemens’ thinking, among them increasing Mentor’s position still further in IC design – it does represent two-thirds of revenue.

But it is also fair to say that a broader system design trend features equally strongly among them. Germany is the current leader in Industry 4.0 thinking and the coincidence between the companies’ views was another major reason why Mentor accepted the bid.

Industry 4.0 and the system trend

“This has been a big crusade of ours. I’ve been giving talks about it maybe for 15 years now,” says Rhines. “If you look at how we design, for example, cars, trains and planes at the system level versus how we design ICs, there is now about a 40-year separation in the level of automation. But that is changing.

“We’ve always had a disproportionately large share of systems customers who have bought our PCB tools, but they are now increasingly buying IC design tools as well. And not just transportation. Ask anyone in the EDA industry how their business is going with Apple, Facebook or Google and they’ll say, ‘Big growth.’

“That trend’s fueling demand for greater automation, efficiency and productivity right across the design process, not just for ICs. You can see why. We cannot carry on trying to insert ever more complexity into products and then try and verify them mostly at an old-school prototype level.”

Rhines can point to Mentor’s long history of diversification beyond EDA looking beyond ICs toward other system design markets.

His argument has long been that EDA growth is in lock step with silicon revenues at around 5% per year. “If you want to grow more than that, you have to find new applications,” he says.

Apart from PCB, there have been its acquisition of Microtec in the embedded software space back in 1996 and its history with AUTOSAR products for the automotive market. More recently, the company has added expertise in areas such as thermal analysis and computational fluid dynamics (CFD). 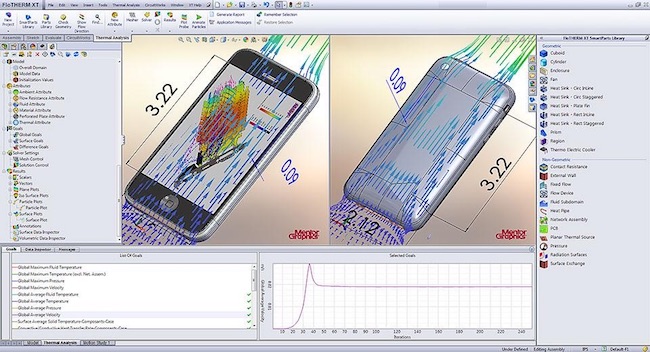 For its part, Siemens has been filling out its portfolio around product lifecycle management (PLM) in similar fashion since 2008. Mentor marks the ninth in a series of acquisitions since then and adds EDA to the conglomerate’s system-level arsenal.

“The trend in the market makes Mentor a very good fit. We’re a good match to how they think and we add something to their mix,” says Rhines.

Nevertheless, Rhines acknowledges that there were concerns in Mentor’s existing client base when the merger offer first became public.

“We had a bunch of customers calling to congratulate us on the deal but obviously some had worries, some had discomforts,” he says. “Generally the reaction there was, ‘Are my products going to be supported in future?’ And the answer was – is – ‘Yes.’ Some people might have heard ‘system design’ and thought there would be a step back from IC. Not happening.

“I’ve had many meetings over the last two months and the message is that people can feel comfortable that this is an addition to and not a subtraction from what they have seen.

“Of course once they are comfortable with that – and those fears are generally out of the way – the next point they make is, ‘Well, if you are going to be spending more on R&D, could you make sure you spend it in my area.’”

Rhines says ‘continuity’ is also the watchword for the internal integration.

“Siemens has done this a lot and they’ve got a coherent process. They have a whole integration team that comes in with a list of ‘dos and don’ts’, and they take their time,” says Rhines. “To give an example of why: they don’t come in to preach their best practices, but want to look at your best practices, not to kill them but to adopt them.

“So, I’m still Chairman and CEO of Mentor Graphics, and all of the people who used to report to me and [president] Greg [Hinckley] still do so with a few necessary exceptions. Greg was CFO but for obvious reasons now we have a CFO from Siemens. There is already some involvement in aspects of HR, finance, legal and a little in IT. You have to be sure you’re reporting the numbers in the same way. But otherwise, it’s as before.”

Rhines, Mentor and Siemens – one step at a time

Where there are opportunities for collaboration, these will emerge gradually.

“In sales, you have to move very cautiously. [Siemens PLM Software President and CEO] Tony Hemmelgarn has said, ‘Don’t try to integrate anything for a minimum of 18 months.’ And, because of fiscal years, it could be longer than that.

“On one side, when you have mixing of contracts and salespeople, you get the situation where someone says, ‘Well, if I sell their product do I get credit? Is that their quota or mine?’ Not figuring that kind of thing out is what causes bad mergers because people feel they lost instead of won.

“But then you say, ‘Well, I’ve got three men and a dog selling into GM for automotive. That’s their biggest segment and they’ve got 150 people selling into automotive.’ There you want to know if anything might be synergistic – but, again, for now, we’ll take it cautiously and case-by-case. A good example: Have we got a particular opportunity right now that’s being blocked and can they help?” 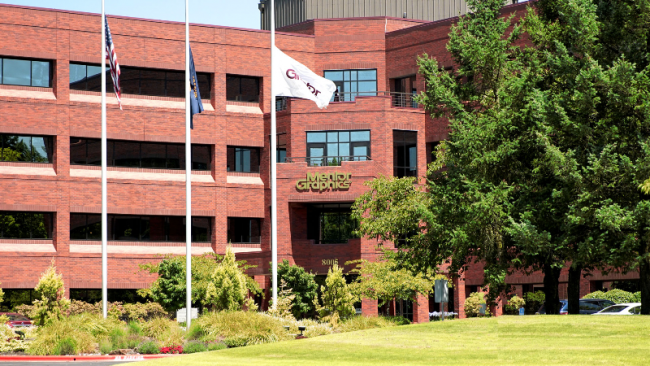 Siemens will gradually integrate Mentor into its business.

R&D collaboration too is being gradually worked out.

“There are some areas where you can see us leveraging one another’s knowledge. Thermal analysis, CFD? ‘Absolutely.’ Some areas of automotive embedded software? ‘There too,’” says Rhines. “But in IC design? ‘No.’ That’s one area where Siemens is acquiring our expertise and they want us to do more ourselves. Event-driven simulation is probably a ‘No’ too.

“There are other areas though, things like machine learning and AI, where there might be quite some crossover.”

Wally Rhines has more to say about AI, in Part Two of this interview, where he also discusses Mentor within the context of a ‘Siemens Flow’, the evolution of Mentor’s new DRS360 automotive platform, the challenges presented by Design For Security and his own feelings about suddenly having a boss again after 23 years.

3 Responses to The Wally Rhines interview – Part One: Mentor as a Siemens business

This second part looks at Mentor's views on flow neutrality, how DRS360 was born, machine learning and the threat from embedded Trojans.