We’re taking a detour. One of the keynote speakers at SEMICON West and ES Design West next month is consultant and author Bob Pearson. He will address one of the more complex, immediate and yet also persistent challenges facing the tech economy.

Pearson’s topic is ‘Analytics to AI: What’s Next in Media’. His presentation will not only help engineering executives leverage analytics to deliver messages but also provide a sense how we all may soon be consuming information, personal and technical. His new book, Crafting Persuasion (co-authored with Kip Knight and Ed Tazzia), sets out a practical program for achieving all that, based on a course the three authors helped to created for the US State Department in 2008, still running today. 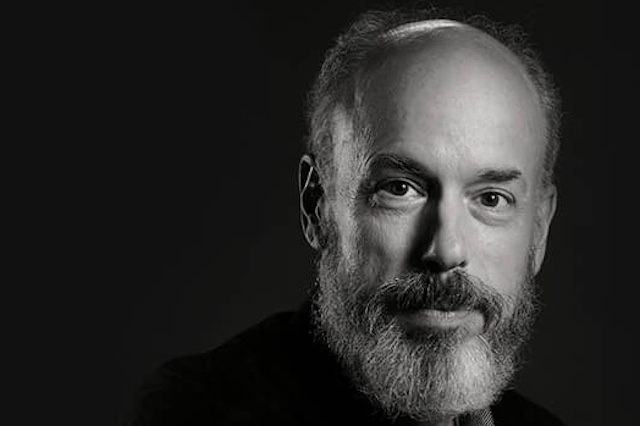 One of the leading trends on Pearson’s mind today is a change in how content is being delivered online, one already mooted by Facebook’s Mark Zuckerberg.

“I think one thing companies should be looking at closely now is the shift towards privacy-based platforms. There are about two-and-a-half billion people who are using messaging platforms regularly, and they’re going to be drawn into that,” he says.

“So we have to get better at understanding how to put content into platforms that are private, perhaps leading private discussions, and then also be able to judge what happens when people come back out into the public domain.”

Pearson is well placed to comment on the implications. He helped Dell set up its social media presence back in 2006 as VP of Communities and Conversations and has worked with a number of other technology companies. Today, he’s a strategic advisor to W20 Group, a digital marketing consultancy.

Think beyond the shill

Even without the trend to private platforms, Pearson believes technology must take another good look at how it approaches communications.

“I think there’s too much of a focus on the pure sale. ‘Are we selling you more of our equipment or chips or whatever?’ There’s not enough effort spent asking, ‘Are we seen as a relevant member of our community?’” he says.

“You sign up – social media, email, whatever – with a typical company thinking you’re going to get some good information. But all you get are emails telling you about the deals you can have or someone calling you trying to sell you a system you don’t need. All that, rather than the piece of thought leadership that you really wanted on the future of 5G, say.”

An uncomfortable observation, perhaps, but one anyone who has been on the receiving end of too many a flaccid email list will recognize. Moreover, this kind of sales-only communication can equally influence how companies deliver messages internally.

“Let’s stay with being relevant to your community and here’s an example. You’re competing for software engineers – which everyone is. Everyone has the same complaints, which are, ‘Why are we losing too many people to Company X? How do we stop this?” Pearson observes.

“One of the ways you do that is you actually look at, say, how many people are learning C++, what communities are they joining, who they respect – and you learn about that and from that. Then you ask yourself, ‘Are we actually communicating in that way inside our company, as a company?’ The answer usually is, ‘No.’

“You need to think of communications as not just a way of telling a story to reach your audience outside, but also as a way to reinforce why your employees are at the right place.”

Crafting Persuasion seeks to make communication as easy as ‘ABCDE’

Pearson’s overview brings us to Crafting Persuasion. The book distills the course for the United States Marketing Communication College (USMCC) that he helped set up for the State Department with Knight, Tazzia and other communications experts. It helps diplomats deliver US government positions more effectively.

Its wider relevance – and the book’s raison d’être – is largely that while diplomats are smart, conscientious people (like engineers), they are not polymaths. Polymaths are rare generally.

“Diplomats have a lot going for them – they’re very bright, they have diverse interests. But they’re not trained in how to do something as simple as expressing themselves so they build the story in a way that’s successful,” he says. “And you can say the same for a lot of C-suite folks. They might have come out of finance or engineering or somewhere else, but they aren’t classically trained in communications.”

With that in mind, the core of the USMCC is a five-step process with the most straightforward of mnemonics: ‘ABCDE’. ‘A’ for ‘Audience’, ‘B’ for ‘Behavioral objective’, ‘C’ for ‘Content’, ‘D’ for ‘Delivery’ and ‘E’ for ‘Evaluation’. The first two steps are arguably worth stressing most.

“What you find is that most people skip ‘A’ and ‘B’. There’s a natural instinct we all have to go, ‘OK, let’s just create content, figure out where we’re going to put it and then we’ll create some metrics out of thin air.’ All of that, as opposed to asking, ‘Who is my audience? What do they actually want? How do we align with them? And what behavior do we want from them?’” Pearson explains.

“What do you really want – not just likes or visits, what do you actually want them to do?”

The book draws on the experiences of Pearson’s and other USMCC contributors to set out, in plain English, how you follow an effective communications strategy right through to how you analyze the results. There are case studies, deeper dives into who influences the success of online content, tips on avoiding content hijackers and more.

Its basis as, essentially, a more widely usable version of a 101-for-diplomats, makes it an unusually valuable business book. And it is designed to offer persisting solutions to a persistent problem. “You have the course, but then people go away and, some time later, face having to really do it. And then they can easily shift back to ‘ABCDE’. It’s there,” Pearson says.

Good, solid common sense? Certainly. But the real slog is always the implementation. Whether you attend his presentation or buy his book (or both), Bob Pearson is working to help you get through that.

Bob Pearson will give a keynote on ‘Analytics to AI: What’s Next in Media’ at Semicon West/ES Design West on Wednesday, July 10 at 9.05am in the Blue Shield of California Theater at the Yerba Buena Center for the Arts.

Crafting Persuasion by Kip Knight, Ed Tazzia and Bob Pearson will be published by 1845 Publishing on July 1.