The IEEE Council for EDA has opened its website at www.c-eda.org.

Earlier this fall, the IEEE Council for Electronic Design Automation (CEDA) took on formal existence with the election of its first officers. Design consultant and one time DAC general chair Alfred Dunlop is its launch president. He sets out why this is a great deal more than just another talking shop, but rather a vital consolidation of resources that responds to the challenges now facing design.

“Five IEEE societies are part of CEDA, including [the] Antennas and Propagation [society], [the] Circuits and Systems [society], the Computer Society, [the] Electron Devices [society], and [the] Solid State Circuits [society]. So, a lot of what we are going to do will bring together things these societies might have done individually and consolidate that work,” he says. 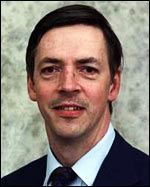 In that light, CEDA’s charter spans the theory, implementation and use of EDA tools at all levels of the design, analysis and verification of hardware and embedded software, up to complete working systems. This broad view is, in itself, indicative of the kind of design chain integration being forced upon engineers because of trends such as system-on-chip (SoC).

Even in these early days, it is becoming clear how this will translate into CEDA-led activities. As befits the IEEE’s role as a learned society, one goal will be to “create a tighter coupling” between industry and academia, enabling a faster deployment and direction of cutting edge research.Meanwhile, a further goal will be to use the IEEE’s lobbying power to encourage the US government to restore some of its participation in EDA research and development.

“The government has cut back very significantly in EDA funding and we want to go out and see if we can’t get it to re-engage,” Dunlop says. “[Defense research agency] DARPA has cut back its EDA investment very, very considerably and there used to be activities directed through the Office of Naval Research and several other agencies that have also been significantly reduced.” With 20% of the financial CAD resources in IEEE being transferred to CEDA. The emphasis is very much on the big picture, albeit with some limitations.

“I don’t think we are going to get involved in, say, roadmapping,” says Dunlop. “What we can do is step back, look at what is emerging and try and make sure some effort gets directed at those challenges.”

Hot topics for CEDA include systems integration, standards and, perhaps most important of all, tackling the realities of SoC. “As we get into delivering SoC, all of a sudden, the interface to the real world – which tends to be analog or mechanical or thermal – starts to play a much bigger role,” Dunlop says. “There will be motors and actuators and video devices to control – and chemical sensors are coming into play here. All these kinds of functionality will come into SoC. And that’s going to cause many new disciplines to interact with EDA.”

In Dunlop’s view, getting the industry to widen its view may therefore be more valuable than any roadmap.

“For example, our work includes the IEEE’s one-third sponsorship of DAC. Now DAC works well as an event that brings together people from the EDA and design worlds. But, when we look at what further disciplines are going to influence SoC, one thing we want to do is to get DAC to broaden out, again,” he says. The bottom line, though, is that CEDA’s primary initial goal is getting all levels of EDA and design to participate, to create a drive fuelled by consensus.

“The more input we get, the more good we can do,” Says Dunlop.