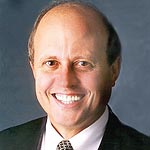 The official mission statement of the EDA Consortium (EDAC)  says that the organization exists “to promote the health of the EDA industry, and to increase awareness of the crucial role EDA plays in today’s global economy.”

The scope – although not the intent – of that remit has changed to reflect market conditions since EDAC’s foundation in 1989.

“It was set up originally because the industry needed a common voice to address areas such as interoperability, the participation of EDA companies in the Design Automation Conference and the need for comprehensive industry data,” says Rhines.

These objectives have led to such work as the regularly updated Operating Systems Roadmap and the Market Statistics Service that provides a quarterly snapshot of industry-wide revenue performance.

“The OS Roadmap helps our customers identify which  computing platforms will be supported by which EDA vendors,” says Rhines. “This is a valuable service to customers to help define their own IT roadmaps, and it helps the EDA companies focus their effort on the OSes that are most popular with our customers.

“The critical point here is that it facilitates an efficient resources trade-off. There will always be more OSes than we in EDA can support, and there will always be customers who would like us to support an OS for longer than we would like. So, you need a common basis for resolving those issues. The OS Roadmap is a good example of something that is better to do through one organization than have our members try to do it individually.”

And there is also the fostering of innovation in EDA tools to consider here.

“As a group with 120 or so members, we represent a lot of small players whose products must coexist with those of the larger vendors,” says Rhines. “The roadmap benefits everyone, big and small, because it smoothes the way for the customers to get the specialized solutions they want, with as little concern as possible over the interoperability of their tools.”

“We want to reduce the cost of pursuing the pirates by working together within the EDAC.”

In a similar vein, EDAC’s role as an aggregator and distributor of financial information provides both an important bellwether for the overall state of design as well as a snapshot of the health of the design software business.

“The Market Statistics Service is a way for all the companies in the sector to hand in data anonymously, so that our membership, the analyst community and the semiconductor business as a whole can analyze what is going on,” says Rhines.

This then is the work for which EDAC is historically recognized.  However, three other strands have moved up the agenda more recently: promotion, exports and piracy. Where EDAC stands on each says much about how the EDA business is developing.

Promotion is back in that original mission statement, but it is highlighted now by the increasing complexity of chip design and, in turn, the EDA industry’s need to demonstrate how it helps its customers to cope with that complexity.

“We are in a situation where people who are making the final  buying decision on tools today often do not have that clear a perspective on how they work,” Rhines says.

“I think we all subscribe to the idea that better understanding helps everyone. Especially because, given the challenges that EDA now addresses, we all believe our products offer unique value. The better the customers understand this value, the happier they will be and the more successful our companies will be.”

The arena of export controls is more complex. Here, the issues mostly concern the potential for inadvertent classification of EDA tools under regulations meant to target other industries. Such issues are also growing in importance with the globalization of design.

“There are areas where we can be affected, once you start to get into things that deal with device physics and I think another of the most recent cases covered encryption,” says Rhines. “There was a concern that customers who wanted to encrypt designs and pass them to sites around the world could be covered.

EDAC at a glance

Outside of its work on export controls and piracy, EDAC is best known for the following four programs:

Market Statistics Service (MSS). EDAC provides affordable access to the most recent quarter’s revenue details along with the eight previous quarters’ data. Published since 1994, the MSS is the only source for EDA revenue data and is generated for EDAC members, the investment community and anyone who follows electronics.

The Kaufman Award. This recognizes a single individual’s contributions to the industry. Presented annually, the award honors those rare individuals who have contributed to creating or driving technology advances that have had measurable impact on the productivity of design engineers.

Communication and awareness. The consortium promotes awareness of the EDA industry through various communications channels such as press releases, sponsored panel discussions and other events, research, and the consortium’s web site.

Other benefits of EDAC membership include discounts on booths at DAC and DATE, an important point for smaller companies planning to join being that the membership fee is less than the available DAC discount.

Full details on EDAC membership are available online at www.edac.org as is a downloadable application form in Adobe Acrobat (.pdf) format. The website also contains information on subscribing to the MSS.

“EDAC has a committee, led by Larry Disenhof [group director of export compliance]of Cadence [Design Systems], that monitors this situation and was able to lobby so that EDA was not affected. Being able to do this, and to do this with one voice, is enormously important to our customers because if something is accidentally placed on the control list, it could prevent them buying EDA products they need.

“And sometimes you are talking about instances that require just a minor rewording of the regulations, but which would otherwise be catastrophic for the industry.”

The export controls issue also feeds directly into piracy, which has now taken over as EDAC’s main pressure point.

“It has become the most recent point of emphasis for EDAC, because it is something that is affecting the whole industry,” says Rhines. “There have been lots of studies on the problem. And while we don’t have definitive data, there is anecdotal evidence that EDA has turned up pirated and posted on Internet sites.

“Now what we want to do is reduce the cost of pursuing the pirates by working together within EDAC. There are two issues here.

“First, if you knowingly allow people to violate your copyright then it becomes invalid. Second, for many of our members, doing that alone is potentially going to involve very expensive litigation, and a young company might put itself at risk because it does not feel it has the resources.”

Rhines notes that the work on this piracy strategy is still at a relatively early stage, although EDAC is working closely with content protection specialist Macrovision and pursuing a number of options.

“What may emerge is that there may be features we could put into the tools or modes of encryption that would require industry standardization. The anti-piracy committee is still in the process of evaluating alternatives in that area.”

If Rhines has an overarching EDAC message it is that: “It is hard to exist as an island in EDA,” he says.

The consortium exists and very specifically sets its agenda to work on cross industry issues where there is common ground.

“We’re not a standards setting body. People like Accellera and the IEEE, and others exist in that role. And we’re not in the business of, say, promoting one specific area within EDA. That would be a disaster,” Rhines says.

He also stresses that the association is not dominated by the so-called ‘big three’, made up of his own company, Cadence and Synopsys.

“We have a nine-member board, so control is very much in the hands of companies other than that big three. Small and emerging companies constitute the majority of the EDAC board and thus have a strong influence over its direction.”

EDAC’s booth at DAC 2006 will be located in the lobby of the Moscone Center.

Semiconductor companies are hustling to grow revenues, stay on the razor’s edge of technology and remain one step ahead of their customers’ needs. All this is going on while the industry is undergoing wrenching change. The end of 2009 finds the chip business at a crossroads. It has been more than 60 years since the […]