Current shortages could switch in key markets by the end of the year.

There will be an oversupply of semiconductor manufacturing capacity before the end of the year, persisting into 2012. That is the view of one of the latest analyses from Gartner Dataquest. 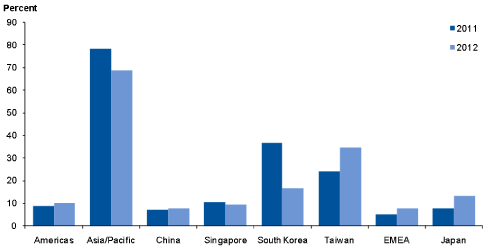 At a time when much of the industry fears a capacity crunch—due to a continuing economic recovery and the loss of Japanese fabs and raw materials after March’s earthquake—that may seem like a strange observation.

However, Gartner has taken a more long term, global view. The reality is that as we reach the end of this year and into the next, much of the currently stalled Japanese output will have resumed or alternatives will have been identified. So, working through this shorter term challenge for the semiconductor supply chain, three factors emerge from the note.

So the challenge ahead would appear to lie largely with the foundries, both of which have something to prove. 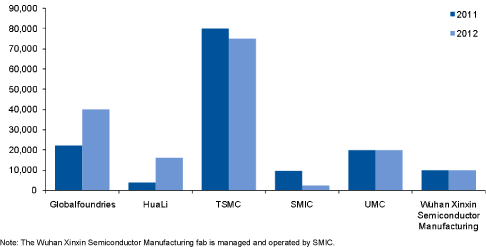 TSMC continues to promote its ‘Giga-fab’ one-stop shop to clients, assuring them that it will always have space to meet their needs on the latest technologies. GF, for its part, wants to ramp ahead of the chasing foundry pack and also demonstrate that it has the depth to handle the largest runs as more than just a second source.

However, Gartner’s research rightly warns, “Foundries must be careful with their spending and capacity expansion plans by keeping a constant pulse on the market so as not to get caught up in a market share race and be left with excess capacity.”

At the same time, the foundries’ customers in the fast-growing fabless market also need to stay keen. “Fabless companies,” Gartner says, “must carefully negotiate terms with their foundry partners, especially with an impending foundry oversupply situation in late 2011, which should cause wafer prices to drop.”

Bob Smith of the ESD Alliance describes how we can promote the ongoing evolution of the design ecosystem.