Today’s consumers expect their cars to be extensions of their living rooms, offering access to the same devices as they use at home – smartphones and their apps, social networking, and personal navigation – as well as an entertainment system that includes back-seat video for the kids. Access to these facilities is often delivered through the driver’s console, along with real-time information and control of the safety and comfort systems. The growing complexity of in-vehicle infotainment (IVI) systems is pushing automotive design teams to create faster networks with more traffic and network interdependencies. Manufacturers are turning to Ethernet for IVI networks alongside traditional controller area networks (CAN), proven for use in safety-critical automotive subsystems.

Ethernet is a packet-based protocol, which needs to exhibit more deterministic behavior to support streaming media. This can be achieved using audio-video bridging (AVB), which enables precise synchronization of data on multiple Ethernet streams. The IEEE’s AVB specifications include 802.1AS, 802.1Qat, 802.1Qav, 1722, 1733, along with study groups such as 802.1Qbu and 802.1Qbv. The IEEE updated the 1588 standard in 2008 to support real-time networks of greater precision. These updates help to ensure that Ethernet has a useful capacity advantage for IVI applications. Whereas CAN offers 1Mbit/s and FlexRay 10Mbit/s, Automotive Ethernet will support data rates of 10Mbit/s to 1Gbit/s, with 10/100Mbit/s in use today. Ethernet is a 4-wire protocol, which adds weight to the vehicle. The OPEN (One Pair EtherNet) Alliance special interest group has released a standard for reduced twisted-pair Ethernet . Work is also underway to extend this to gigabit Ethernet (RTPGE), enabling design teams to use a single twisted pair, achieve 1 Gbps speeds, and enable a broader deployment of faster automotive networks…

Meeting the demands of car networking today means applying the right standard for each application:

Having to implement multiple networks, each running its own software, adds complexity to the system design and qualification effort. Many manufacturers are exploring the capabilities of Ethernet for the whole car (Figure 1). A unified hardware network opens up the possibility of having one chipset for all vehicles, using software to control its features. This will cut manufacturing and test costs for automotive networks. 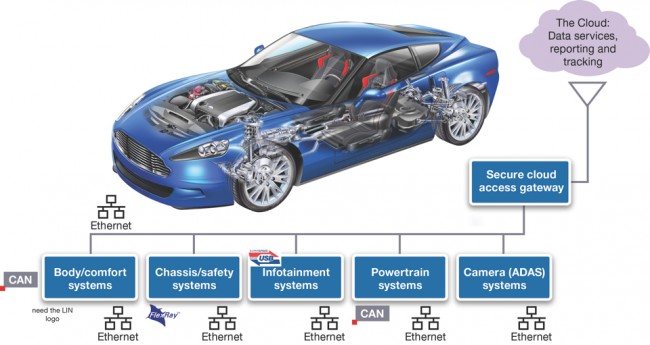 Figure 1 Ethernet – the automotive network of the future? (Source: Synopsys)

Automotive design teams need their Ethernet implementations to support the latest AVB standards, including hardware support for 1588 time-synchronization standards. They also need software drivers to enable these features. Many automotive makers are new to implementing Ethernet and lack the experience and understanding of how to integrate Ethernet with existing chipsets. The consumerization of IVI systems is intensifying the pressure to bring new features to market more quickly and within budget. While reducing cost has always been a major driver for design teams, consumerization is elevating the need for faster time-to-market and more innovative features. . Chipset vendors with products, such as GPUs (graphics processing units), qualified for use in automotive subsystems now want to add Ethernet networking to their chipsets. Being first to market with such products can help them secure design wins. This means design teams want to get systems up and running quickly. Prototyping can help design teams integrate and test software earlier in the design phase. 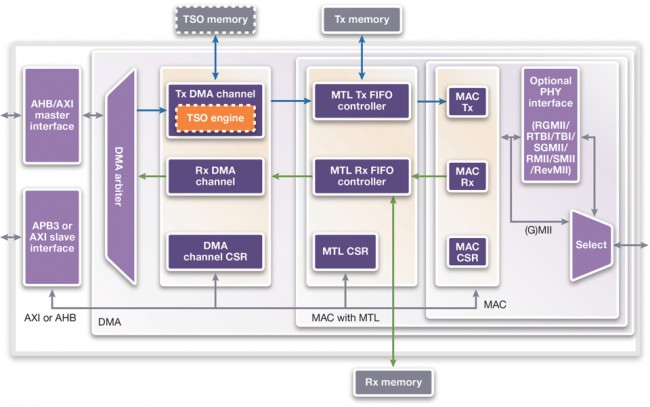 Design teams can use a configuration wizard to select data bus width, CSR port options and clocking, and other parameters. The wizard then generates a correct-by-configuration RTL description.

Both FPGA-based and virtual prototyping help ensure that automotive systems including software can be delivered on time. Prototyping enables early software development, interoperability testing and system validation. Virtual prototypes can be distributed to semiconductor customers so they can start software development early, resulting in higher quality and reliability, reduced development costs and faster time-to-market. Synopsys offers three approaches to prototyping.

Tier 1 and OEM companies need to validate their system in the context of the entire system (hardware, software and environment). Virtual Development Kits (VDKs), software development kits that target virtual prototypes, are an essential part of building a virtual Hardware-in-the-Loop (vHIL) environment. Such environments can include multiple ECUs connected via Ethernet. The vHIL environment provides an efficient approach to fault and coverage testing and enables automotive companies to increase testing in support of ISO 26262. Development and test teams can easily inject faults in the hardware and software, modify any state of the system and create permanent faults. Controlling, recording and correlating hardware and software events can be done in a non-intrusive way. Fast and deterministic execution enables early detection of safety issues, making these tools essential to achieving higher quality and reliability. 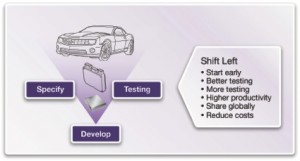 Many manufacturers are designing or planning Ethernet networks for their IVI systems. If Ethernet is to become the dominant interconnect for automotive applications, the industry must look at extending its use to safety-critical automotive subsystems. To manage time-to-market, development teams must consider prototyping to accelerate software development and system validation.

John Swanson has been working in the IP business since 1990 when he joined Logic Automation/Modeling, which was acquired by Synopsys. John has worked in the design, verification, integration and implementation aspects of complex IP in engineering methodology, business development and marketing. He has been working on System-on-a-Chip technologies and methodologies for more than ten years at Synopsys. He is the product line manager for the DesignWare Ethernet family of digital cores as well as JPEG, 1394, datapath and the IP reuse tools. Swanson is active in The SPIRIT Consortium, having chaired the Verification Technical Working Group until July 2007 and currently acting as vice-chairman of the marketing counsel. Prior to joining Synopsys he worked for Amoco Oil Company designing wellhead automation and control systems. He is an Honor graduate from DeVry Institute of Technology where he completed his engineering degree with President’s List honors.

Marc Serughetti is the Director of Business Development and drives the development and deployment of virtual prototyping technologies at Synopsys. He has more than 15 years of experience in embedded software development technologies, having led product marketing teams at Integrated Systems, Wind River and CoWare. At CoWare, he led the company into the area of virtual prototyping targeting the embedded software community. His experience spans simulation technologies, compilers, IDE, debugging and analysis tools as well as embedded run-time software (operating Systems, middleware and applications).

Ethernet is set to become one of the key communications standards for automotive. Early system-level simulation lets designers gauge performance before moving to hardware prototypes.