How important is it that the history of electronics is passed on from generation to generation of engineers in the ‘right’ way. OK, let’s acknowledge that, as in war, history is always dominated by the victors, not the losers. Let’s also admit that anyone with a career in this business wants its image to be positive – particularly when recruitment issues are as critical as they are today. 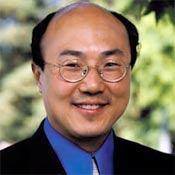 “Don’t be afraid of having lots of stupid ideas.”

Nevertheless, have we been going about this important task not merely in the wrong way, but in one that is also damaging? Professor Tom Lee, founder of Stanford University’s widely respected Stanford Microwave Integrated Circuits Laboratory (SMIrC), thinks we have. And, for about two decades, he has been trying to set things right with an evolving presentation entitled “The History of the Integrated Circuit: A Random Walk”, recently delivered with some style at December’s International Electron Devices Meeting (IEDM). So what exactly is Lee’s beef. Not surprisingly, there is a huge clue in his title.

“It started out as an informal lecture I gave while still a graduate student at MIT. And it was a response to a growing awareness on my part that students were being fed wrong information, the wrong perspective on how technology develops,” says Lee. “[The textbooks] describe this very logical and inevitable path that led to the invention of integrated circuit. You read the textbooks and you get the idea that everything was and is predictable.

“But when I delved into the literature, I found that a lot of things in the industry were done or had happened entirely by accident. They’d been looking for x and they found y. Or there had been a confluence of external political or geopolitical events that encouraged people to go in a particular direction.”

Communicating this essential randomness has become a mission for Lee because he believes that it will help to shape tomorrow’s generation of engineers, encourage them not to self-censor their ideas and get them thinking out of the box.

“I’ve given the presentation at events like IEDM, but really I’ve targeted it at undergraduates getting close to considering graduate school or careers in industry. That’s because when they’ve absorbed this linear history, I’ve heard them come back with comments that have astounded me, like, ‘It seems like all the neat stuff ’s already been invented, so what could I possibly contribute?’” says Lee.

“By highlighting the random reality, what I want to point out is that history actually shows that there is always something really big and unexpected out there that no expert can foresee. And that if you’re not in the game, you are going to miss out on something grand.” So how does Lee illustrate his thesis. One part of his presentation looks at the circuitous route electronics pioneer William Shockley took on the road to discovering the junction transistor.

Lee shows that to get before the first breakthrough, the point contact transistor, Shockley and his team went through failure after failure. Indeed, they only made that initial discovery by performing experiments intended not to discover a replacement for the vacuum tube, but to figure out why they kept encountering snafu after snafu. Even then there was to be another twist – when John Bardeen and Walter Brattain carried out the 1947 experiment that was extended into the point contact device, Shockley was not involved, and became simultaneously delighted and jealous.

As Lee puts it, Shockley went “transistor wacky”, ploughing his efforts into the further work that would yield the junction transistor in 1951, and ultimately see him share a Nobel prize for his work with Bardeen and Brattain.

“And there’s such a lot to the tale. [Shockley] labored for years in the desert on copper oxide. I mean, read the textbooks today and based on what they tell you about copper oxide, your reaction is going to be, ‘What a stupid choice!’You just can’t believe that he could have spent all those years, working with some impossibly complex material system,” says Lee.

Then there is Lee’s take on Jack Kilby’s pioneering work at Texas Instruments. It was brilliant. It was another gigantic breakthrough. And Kilby deserves all the kudos he gets. But it is also true that the research was the result of Kilby not caring too much for the tasks he had actually been assigned at TI, and deciding that he would also go off and do his own thing. Lee uses various other analogies and anecdotes to illustrate the overall trend he spies here, but two observations stand out. One is from Shockley himself, and concerns something the pioneer called ‘the will to think’; the other is from the great chemist, Linus Pauling.

“Shockley said that a bright person can aim his arrows at a number of different places and the places they get aimed at are the ones where there is that ‘will to think’. There’s some incentive. It could be an economic incentive. Or one that’s simply driven by ego. Or it’s down to some combination of those things. But that will determine the direction in which a person will move,” says Lee.

“There’s also a point that Linus Pauling makes which is quite fun. He says that the key to having better ideas is to have a lot of them, because a fixed percentage of ideas are stupid. So, don’t be afraid of having lots of stupid ideas, because one of them is likely by accident to be a gem.”

Lee wants us to take such perspectives and then relax, and realize that it’s OK to revel in the fact that human nature and the process of human discovery is (and remains) fuelled by our chaotic, strangely motivated behavior – and just as often by pure luck. That last element is one Lee further illustrates by looking at the history of how projects are funded in Silicon Valley.

“First of all, most people don’t know that the risk model we have goes right back to the beginning of the twentieth century,” he says. “And it starts with a company called Federal Telegraph. It was funded by people like William Crocker of Crocker Bank and the first president of Stanford to develop a wireless technology based around ideas from Denmark. This company became the largest wireless company outside of Marconi for a good number of years,” Lee says.

“This was a critical part of the pre-history that drives the spirit of the valley today, because when you really look into it, you find that it was a case of having these crazy rich people willing to fund crazy not-so-rich people to convert them into crazy rich people who will go out and do it all over again. That’s what has been happening in the Valley in venture capital for years.

“And the other insane part is that these people traditionally put this money in there knowing that the greatest likelihood is that a start-up will fail, that it won’t work. It is largely about being lucky.” Another parallel Lee draws here goes even further back to the California gold rush.

“Because first of all, you had these people who were mad enough to make the journey all the way to California back then. They’d get here and accept that the thing was you dug around and, really by chance, some people would get incredibly wealthy, just a few, while everyone else just got dirty.”

And this is not just about the fun of history or giving students the belief that there is something to aim for. Lee also argues if the true history is forgotten, the Valley will lose out.

“Take what happens in venture capital now and how a lot of the people in it assess risk. They do it by 20 of them all investing in the same thing,” he says. “The ‘professionals’ have moved in and now we apparently do it the ‘correct’ way.”

Then there is the current state of semiconductor technology. In many respects here, Lee refers to himself as a “silicon bigot”, a reflection of his “pretty conservative” belief that even if a great new alternative is found today, it will take a great many years to be able to introduce it on a commercially viable basis. But that does not reduce the likelihood of impending and radical change.

“We’ve been talking about the industry being 10 years from doom or death for as long as I’ve been in it. We’ve always tended to take this point on the horizon where our visibility ends on that particular day – and it is typically about a decade away – and say, that’s where the game’s up. It just keeps moving,” says Lee.

“I think it’s based on the same impulse that made medieval cartographers write, ‘Here be monsters’ on the edges of the map. It’s somehow in us to think that if something is unknown, it must be bad – not forgetting that engineers tend to do the pessimism thing pretty well.

“However, we also know that if you give those engineers money – well money and doughnuts, actually – they have consistently gone out and solved the problem.”

But now that we are looking at physical rather than engineering limits challenging the progress of Moore’s Law, Lee does note things are a little different.

“It’s amazing that [Moore’s Law] has held up for 40 years and it’s let us do some amazing things. You can now plan a product ahead of the technology being there, you just wait and know things will get better. But there’s another risk because knowing that you can just wait, can make you lazy,” says Lee.

“I’m actually really looking forward to when Moore’s Law does end because it really is going to force us to think in different ways.” And, no doubt, Lee then hopes to have another anecdote to add to his presentation.